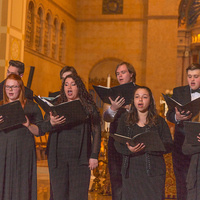 NMU Choral Concert- A Journey around The World

The NMU Department of Music is proud to present the NMU Choirs in their concert named "A Journey around the World." Featuring music from many different countries including: South Korea, The Phillippines, Sweden, and many more!