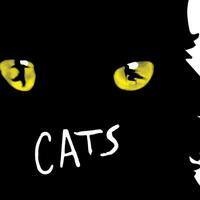 Leap into the magical world of the Jellicle Cats with the fourth-longest-running Broadway show of all time! This smash hit musical brings together a tribe of fascinating felines who must decide which of them will be reborn. Based on T.S. Eliot’s whimsical collection of poems, Cats is a mystical, moving, and often hilarious glimpse into the lives of others told through the perspective of a diverse and talented company.

Additionally, join us after the first performance for an exclusive opening night party featuring complimentary food and beverages, a photo booth, and a meet and greet with the cast and creative team! The opening night party is included with a ticket purchased for opening night, March 27th, and will follow the show in the FRT Lobby. All theatre and dance majors and minors are invited to attend free of charge.

We are excited to announce that the performance on Saturday, March 28th at 1:00pm will be our sensory friendly Theatre for All performance!