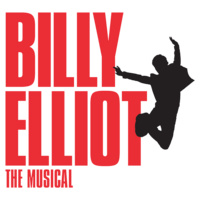 Based on the international smash-hit film, and featuring a score by music legend Elton John, Billy Elliot is an astonishing theatrical experience that will stay with you forever.

Set in a northern English mining town against the background of the 1984 miners' strike, Billy Elliot is the inspirational story of a young boy's struggle against the odds to make his dream come true. Follow Billy's journey as he stumbles out of the boxing ring and into a ballet class, where he discovers a passion for dance that inspires his family and community... and changes his life forever. Performances are on the following dates:

Additionally, join us after the first performance for an exclusive opening night party featuring complimentary food and beverages, a photo booth, and a meet and greet with the cast and creative team! The opening night party is included with a ticket purchased for opening night, July 10th, and will follow the show in the FRT lobby.