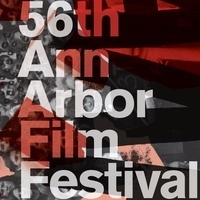 The Ann Arbor Film Festival is a pioneer of the traveling film festival tour which launched in 1964 with film screenings in Paris, Los Angeles, and Berkeley. Beginning in June 2018 and continuing through February 2019, the 56th Ann Arbor Film Festival Tour will visit galleries, art house theaters, universities, media arts centers and cinematheques throughout the world.

This is a free event