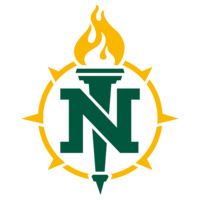 Evans is executive vice president and head of strategy for SAAB Middle East and Africa, headquartered in Washington, D.C., and Abu Dhabi, UAE. He holds a master's degree in political science and a bachelor's in engineering technology from NMU.

Poole is an internationally recognized sculptor whose work has been featured in The Wall Street Journal and major arts publications. She has completed many public art commissions and, with her husband Colin Poole, champions emerging young artists as jurors and presenters of the Spectrum Rising Star Award for Flesk Publications.

Fish was an elementary education major at NMU. He retired after a 39-year career at The Ohio State University Nisonger Center, where he taught, conducted research and developed programs for people with intellectual and developmental disabilities. He also founded the Next Chapter Book Club, the largest community-based reading program in the world for adults with intellectual and developmental disabilities.

Mommaerts holds an NMU degree in finance and is co-founder/owner of Mommaerts Mahaney Financial Services. The former Wildcat Nordic skier was co-founder of the Noquemanon Trail Network (NTN) and the Noquemanon Ski Marathon, for which he is the current Chief of Course, and helped to formulate what is now the Ore-to-Shore Mountain Bike Epic. He also helped to create a youth cross-country ski club.

Weber is a senior specialist at Save the Children, where she provides technical assistance and capacity strengthening support in water, sanitation and hygiene to a number of partners and countries. After graduating from NMU with a degree in community health education and Spanish, along with a French language certificate, she spent several years abroad advancing her education and engaging in humanitarian work. Weber later completed a research fellowship with the Centers for Disease Control and Prevention.